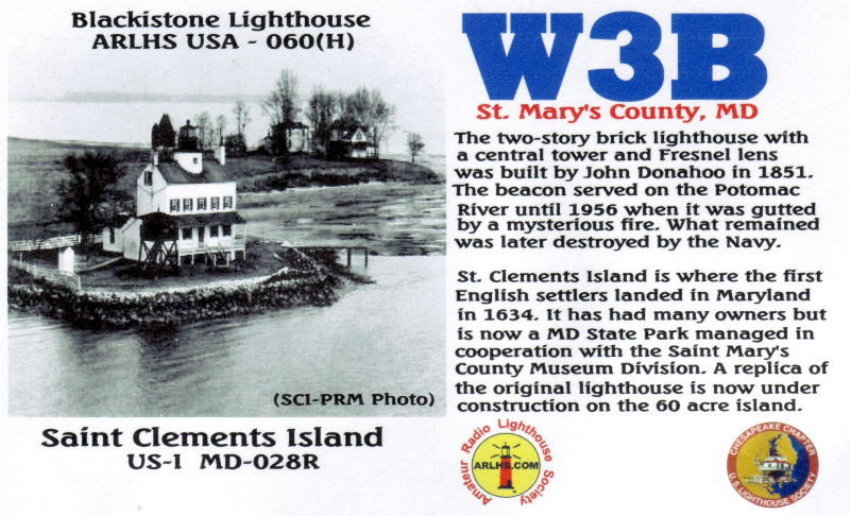 The QSL card issued for the first time activation of St Clement’s Island (MD028R) and the Blackistone Lighthouse, ARLHS USA-060(H). After five months of planning and one cancellation due to weather, Jim KA3UNQ and Dan KD3CQ finally made it to the island on 13 October, 2007. 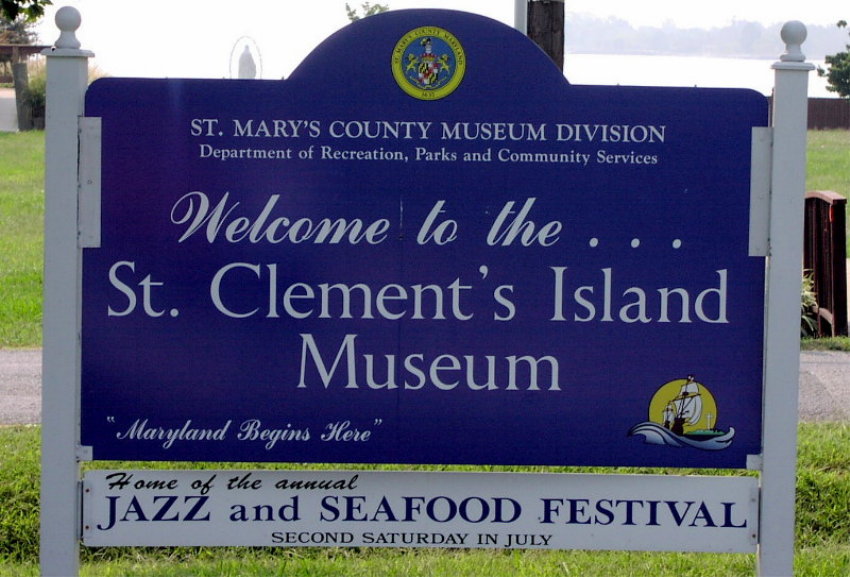 The folks here at the museum, along with the gang at the St. Mary’s County Museum Division and the Maryland Department of Natural Resources, provided all the assistance we could ask for, plus FREE transportation to and from the island! 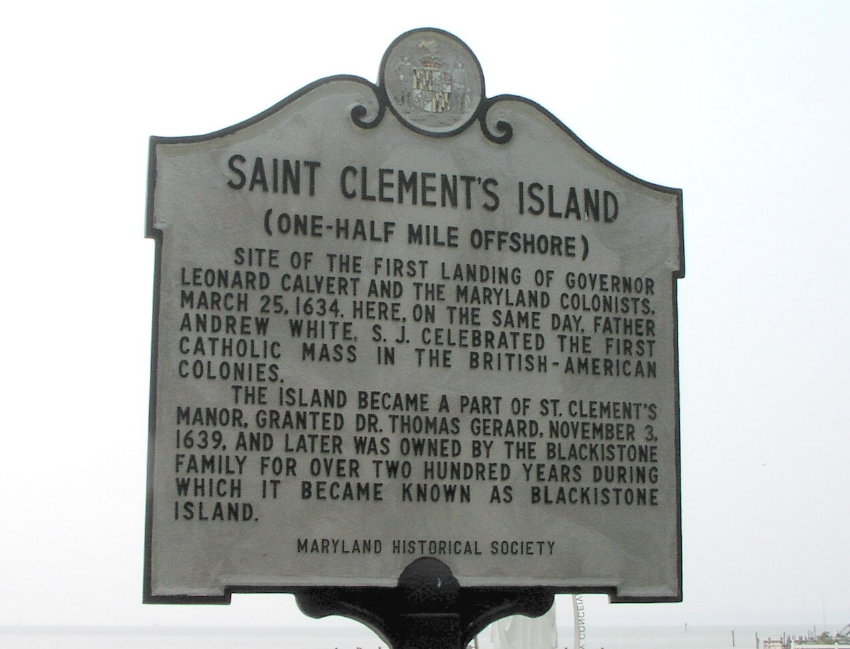 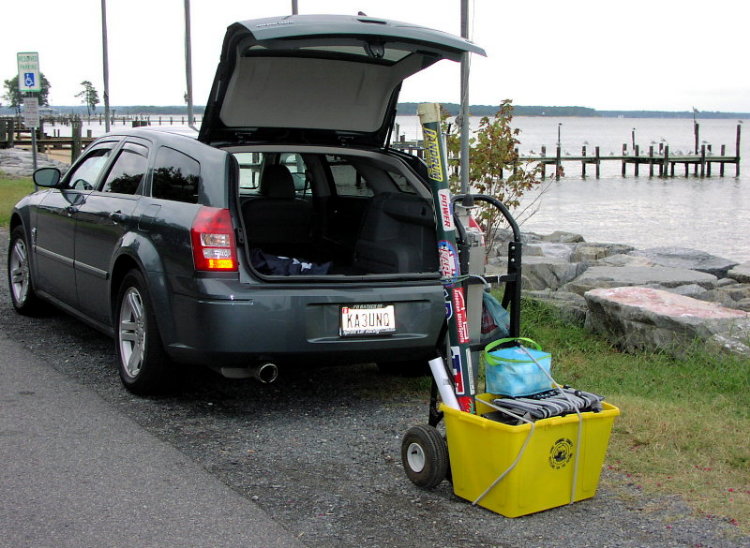 Loading and unloading our gear came to be quite a chore, so we tried to keep it as light as possible. We both used dollies to transport the gear down the long piers. The long, green tube contains KA3UNQ’s Hustler mast and resonators. An Alpha-Delta Outreach tripod is lashed to the dolly’s frame. The yellow box contains a Die Hard SUV battery, a Kenwood TS-50 with the AT-50 antenna tuner, two 25-foot lengths of coax, a small equipment bag with logs, pens, a small tool kit and a 24-hr travel clock. A sandwich and three bottles of water rest in the little green bag atop a nest of elastic cords.

Our destination, St. Clement’s Island, lies about 1/2 mile off shore from Colton’s Pt., Maryland, in the southern reaches of the Potomac River. Once over 455 acres in size, time and erosion have diminished it to a mere 45 acres today. 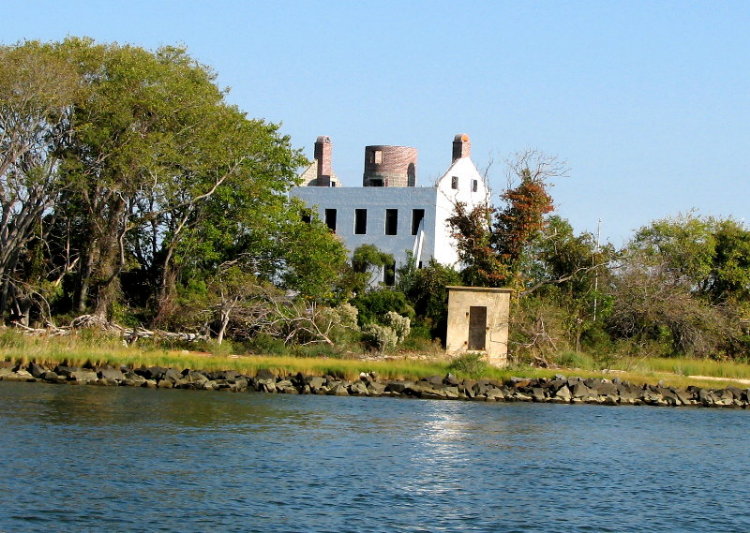 A heavy storm several years ago revealed what remains of the original Blackistone Lighthouse built back in 1851. A replica of that beacon, currently under construction, should be ready by the Spring of 2008. 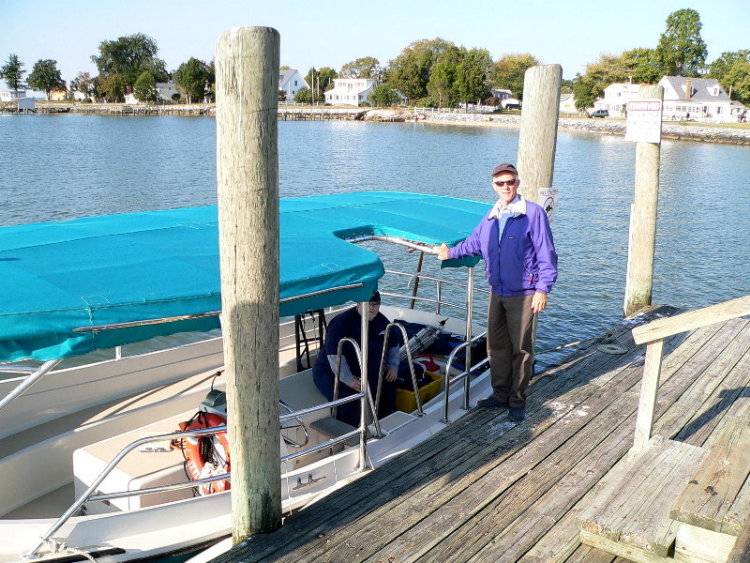 Our gear is loaded into the museum’s water taxi and the captain is ready to shove off. It was about a 15 minute ride out to the island. We landed at the far southwest corner to be close to the lighthouse. 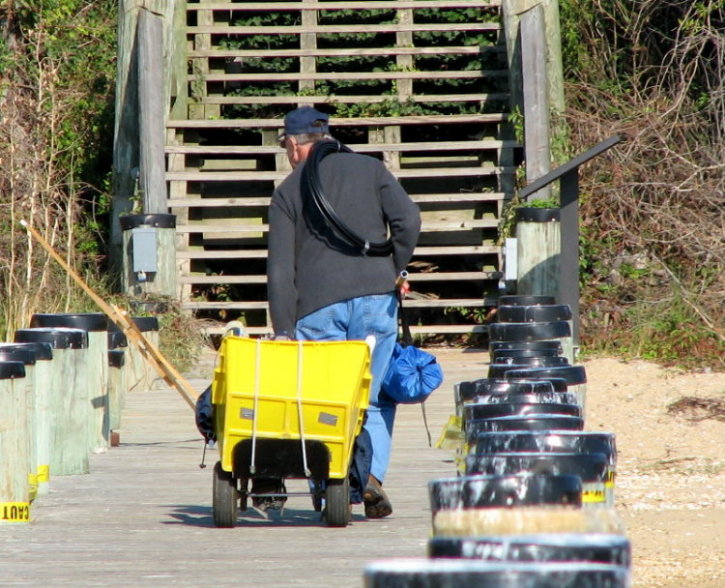 Dan, KD3CQ, begins the long trek down the island pier towards the steps leading up to our operating site. He did a lot of heavy lifting that day, for which Jim is very grateful. 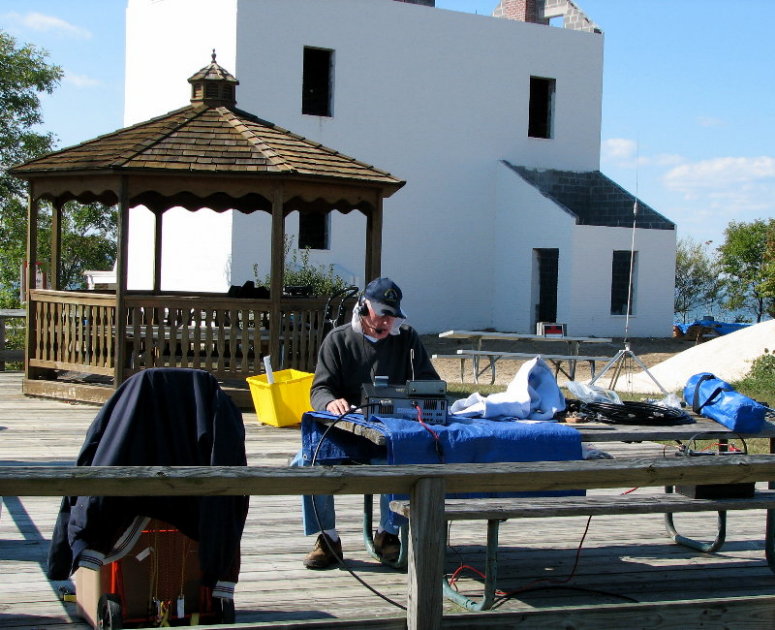 Dan operated on 20 meters exclusively from this picnic table while Jim set up in the gazebo in the background. Dan used his ICOM-756 Pro and MFJ tuner to a homebrew PVC Vertical-whip. KA3UNQ’s Alpha-Delta Outreach with Hustler mast can be seen near the sand pile adjacent to the lighthouse. 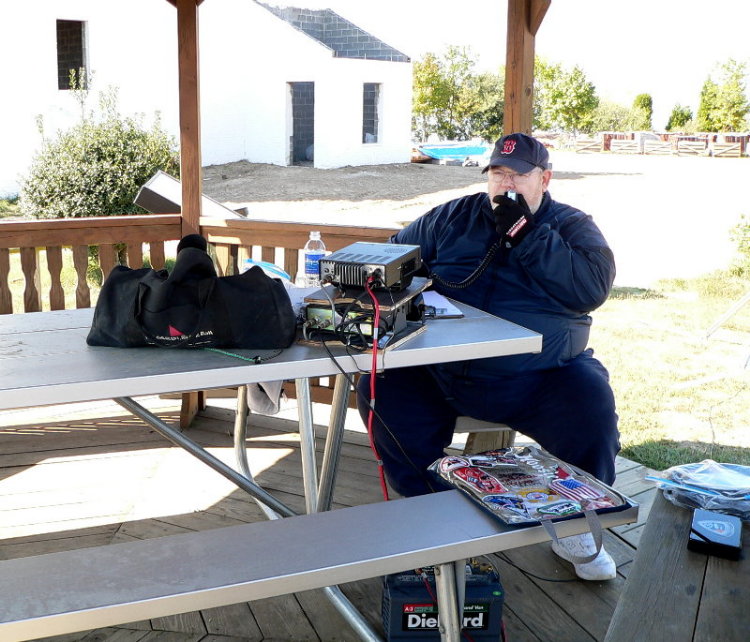 Jim, KA3UNQ, working a pileup on 17 meters with a Kenwood TS-50 to the Hustler antennas. Getting two calls from South Africa (ZS) and a mobile in Honolulu, HI were a highlight on 17. We managed over 150 contacts in just about five hours on the air, reaching 35 states, 7 Canadian Provinces and 12 DXCC entities.